We’ve answered your phone calls. We’ve received your emails and read your tweets. When October rolls around, you’ve got something on your mind. Frankly, we do too.

Pumpkinator began life in 2009 as Divine Reserve No. 9 and our answer to how a pumpkin beer ought to taste. Your pleas for its return brought it back in 2011, and in 2012, it won a Silver Medal at the World Beer Cup. Now, we release a batch once a year around this time.
Pumpkinator is brewed with a combination of pale two row, caramel and black malts, Cascade and Liberty hops for a background hop flavor and pumpkin for a rich mouthfeel. Molasses, brown sugar and spices make it feel like you just walked into your mom’s kitchen while she was cooking 37 pumpkin pies. Pumpkinator can be enjoyed today. You can also stick a couple bottles in the back of your fridge to be enjoyed in a year or two. Or longer.
Though the official release date is Monday, October 19, some stores may not receive it until a couple of days later. You can find Pumpkinator in 22 oz bottles and on tap and cask at select bars and restaurants around town (see the list below for a good start).
Some places will hold onto their kegs to tap them at a later date. Keep an eye on our Facebook and Twitter feeds to find about about these events.
Learn more about Pumpkinator here.


Now Hiring:
We are looking for friendly, outgoing people to join us as Lunch Servers and Party Hosts.
See job description. 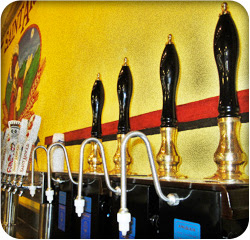 To celebrate Weedwacker’s recent Gold Medal at the Great American Beer Festival, we wanted to go all out for a special cask conditioned version to serve at Pub Night. What we came up is a beer we’re calling Treat Yo Self.
For this particular occasion, we realized Weedwacker being liquid gold was simply not enough gold. So we added Golding hops to the cask to give the beer a slightly floral and earthy aroma, while still allowing the hefeweizen yeast to shine. The Golding hops were a nice gold addition, but we decided it was still not quite enough gold.
Our brewers then held a top secret meeting with our Executive Chef and resident “gold guy” Ryan Savoie, who sourced the finest gold leaf from across the land. When it arrived, they got back together and added it to the cask. At long last, we had enough gold. Treat Yo Self!
But wait, there’s more. We’ll be tapping another special cask for the evening – a version of Oktoberfest with Bourbon Soaked Pecans added. Also available will be bottles of Bishop’s Barrel No. 11, our recently released Gin Barrel Aged Endeavour.
As always, you’re welcome to come to Pub Night with an appetite because Chef Ryan does more than gold – he also serves delicious food. Each Pub Night, he and his staff craft special fare in addition to classic burgers and brats. On Friday, the food menu will feature Smoked Kielbasa, Poutine, Crawfish Rolls, Braised Beef Empanadas and more.
On Pub Nights, we open our tour hall from 5:00 – 10:00 PM strictly as a bar and let you choose what you want to purchase. There’s no entry fee for the evening, so you can just choose beers by the individual glass or bottle. Pub Nights are strictly 21 and up.

For those interested in riding on our bike team for the 2016 BP MS 150, we have now opened up registration to all riders. Get all the details and requirements for joining and riding on our News & Events page.
Please note: To be included on the Saint Arnold Bike Team, you must also sign up with the MS Society for the ride. This is mandatory. 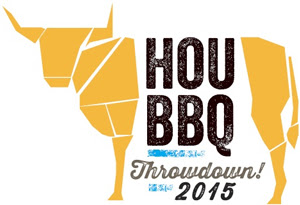 A few tickets remain for November’s inaugural Houston BBQ Throwdown at the brewery, and if you love BBQ like we do, you’ll want to join us for an afternoon featuring some of the best smoked meats our city has to offer.
This event is a collaboration with Houston Barbecue Festival – folks that are huge fans of the Houston BBQ scene as well. In that spirit, BBQ joints from around the area will be serving one dish that represents their interpretation of Houston-style barbecue. Along with a panel of judges, you will sample all of the dishes and decide on your favorite. The blind judging process will be accompanied by a People’s Choice award.
Tickets are $55 and include beer and samples of each competition dish. Space is limited.
See all the participating restaurants and get your Houston BBQ Throwdown tickets here.

Even more on our News & Events page!


Thank you as always for the support!